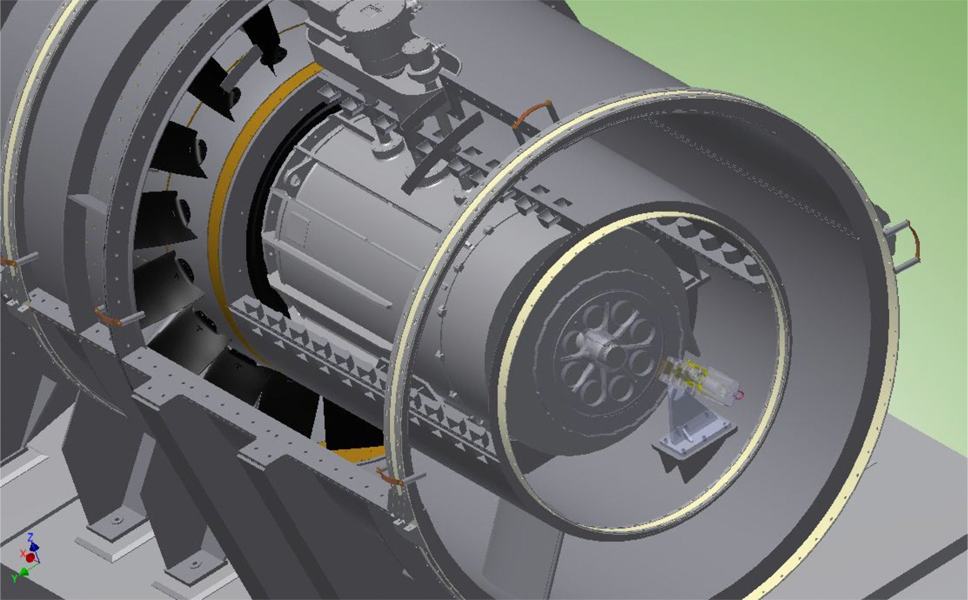 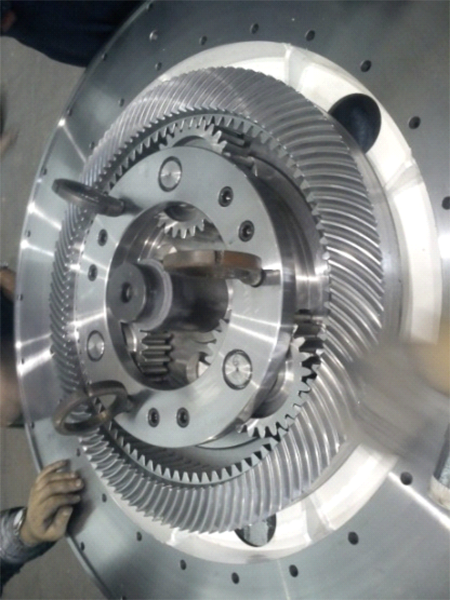 Additionally, the fans are characterized by the innovative technical solution providing the flow reversion (forcing the air into the pit shaft) by automatic adjustment of the impeller blades - turning by ca. 180° with a simultaneous reversal of the motor rotation direction. It takes less than 10 minutes to provide the mine with a reverse flow of air. 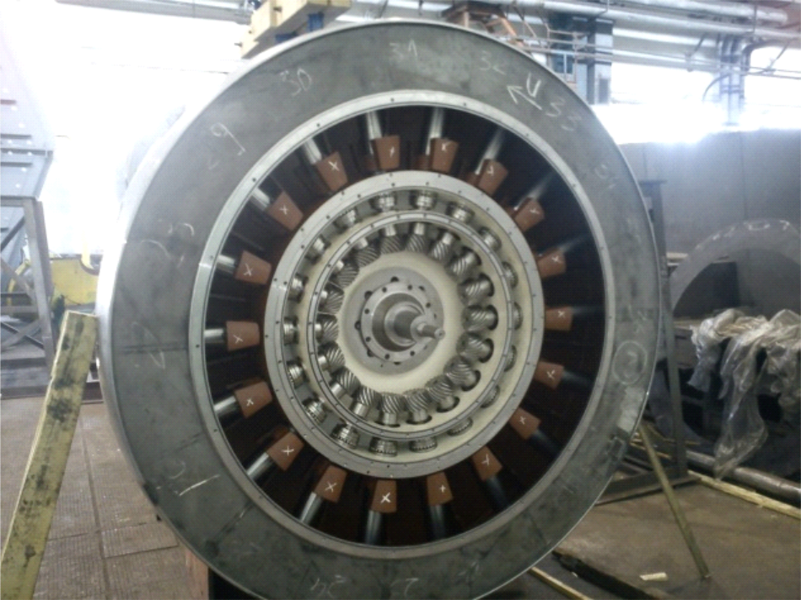 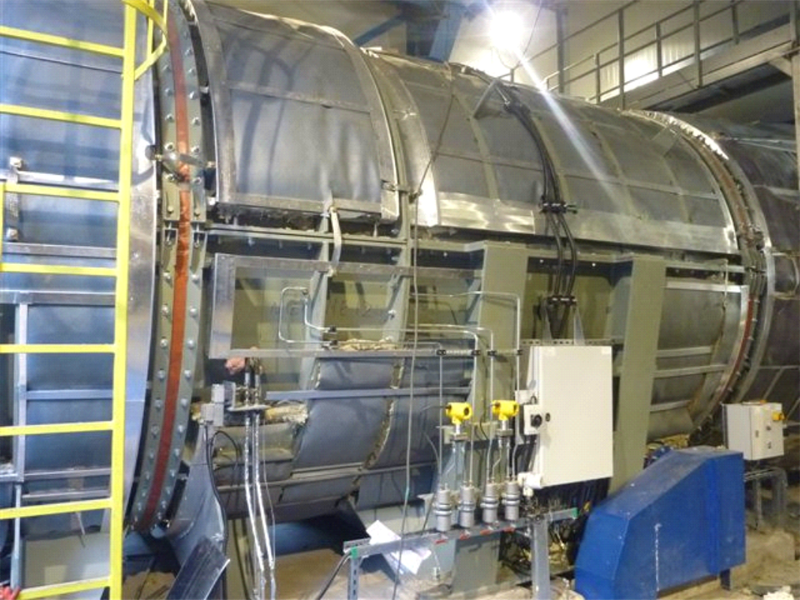 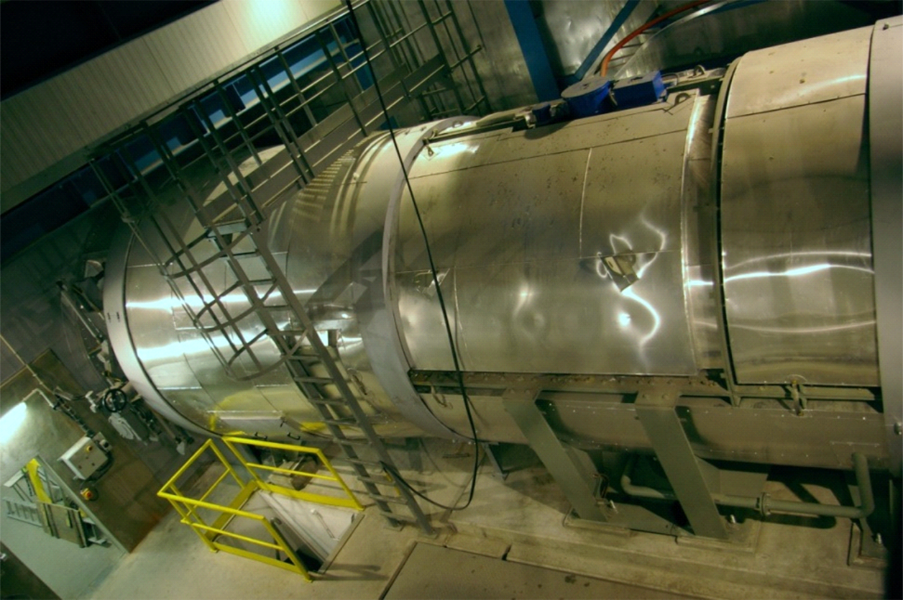 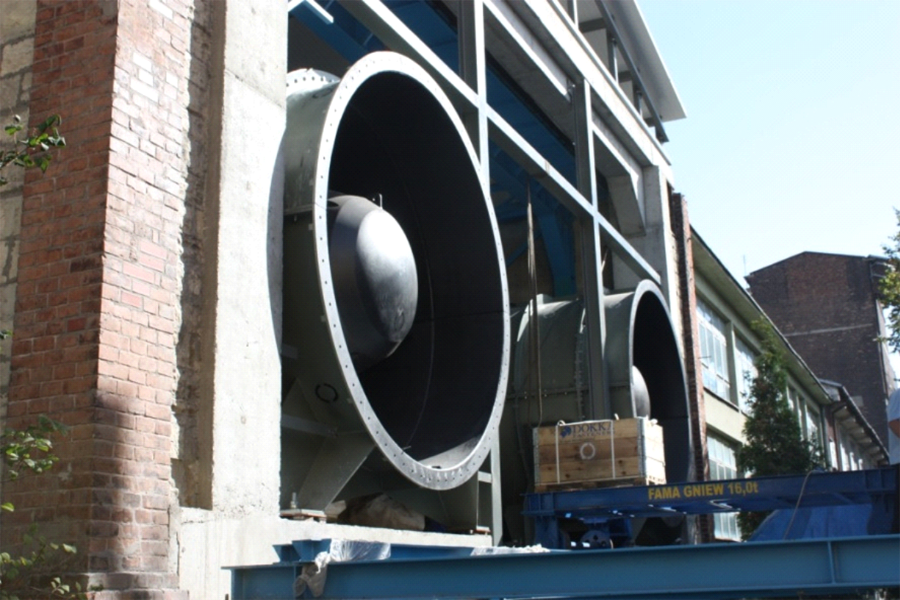 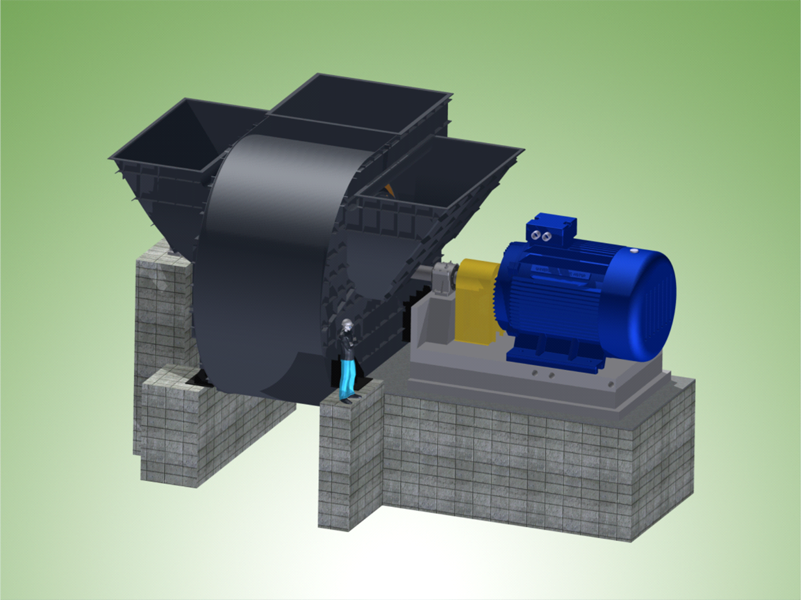 In the mid 90s Fawent manufactured very large heavy duty centrifugal flue gas fans which are characterized by high efficiency. The fans have been installed in Opole Power Station. Except for large volume flow, the fans provide high pressure increase. 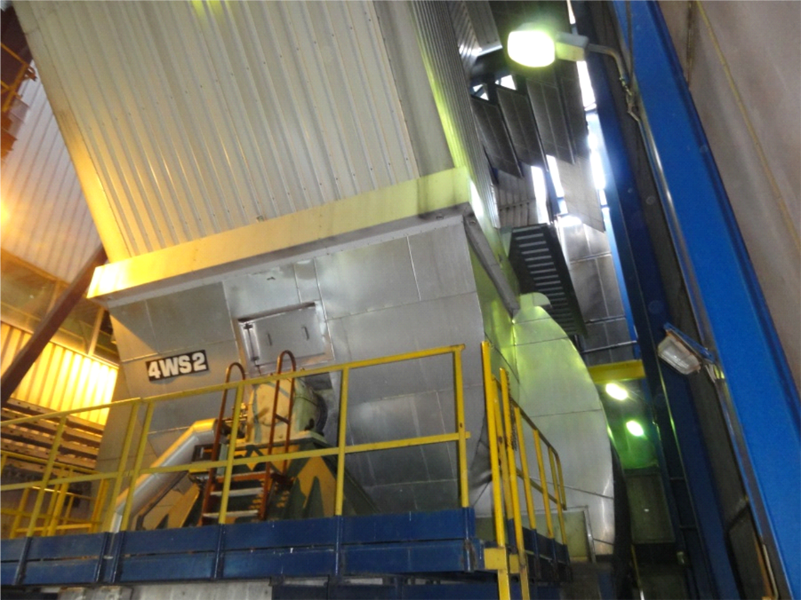 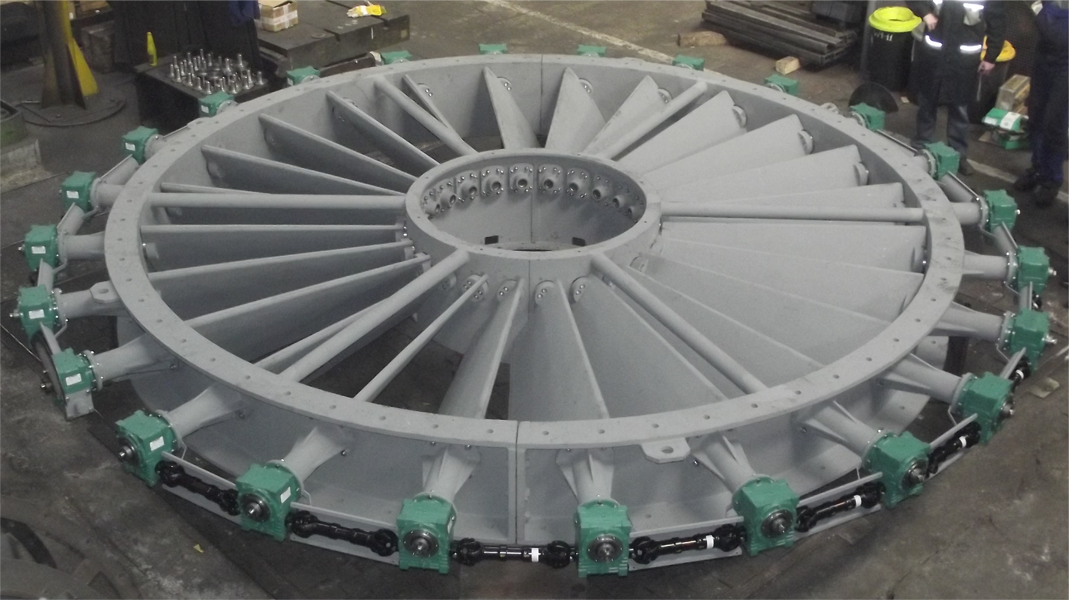 The axial inlet guide vanes damper of this type is mainly used in ID flue gas fans with fixed blades on the impeller. Each vane has its own reducer and the drive is transferred from the actuator to particular vane reducers by means of cardan shafts.

This kind of damper is characterized by much better fluency and adequacy in control than in case of typical inlet guide vanes. It allows to adjust the fan performance very precisely and control the fan more efficiently (less power consumption). Moreover, the modernised design of the vane sockets and the whole drive system guarantees better reliability and lower operation, maintenance and overhaul costs.

The big advantage of this solution is reduction of control hysteresis below 1% which compared to typical inlet guide vane gives 7 times lower value of negative hysteresis. This advantageous feature of the damper provides better control properties of the whole power unit at a power plant. 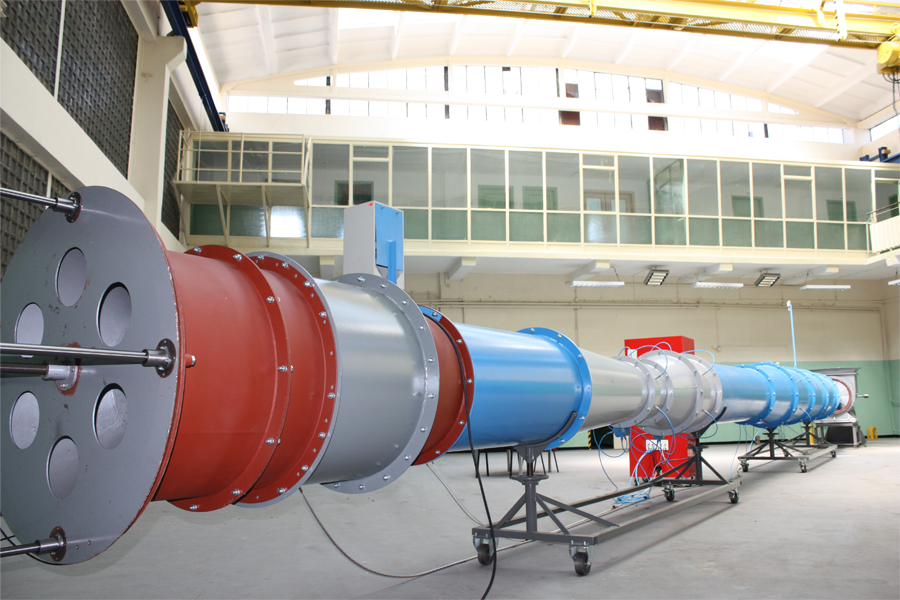 We are one of a few fan manufacturers which possess their own, fully functional, testing labroatory serving for model measurements of fan performance.

This laboratory is also equipped with a station for testing of hydraulic actuators applied by Fawent in axial variable pitch fans. 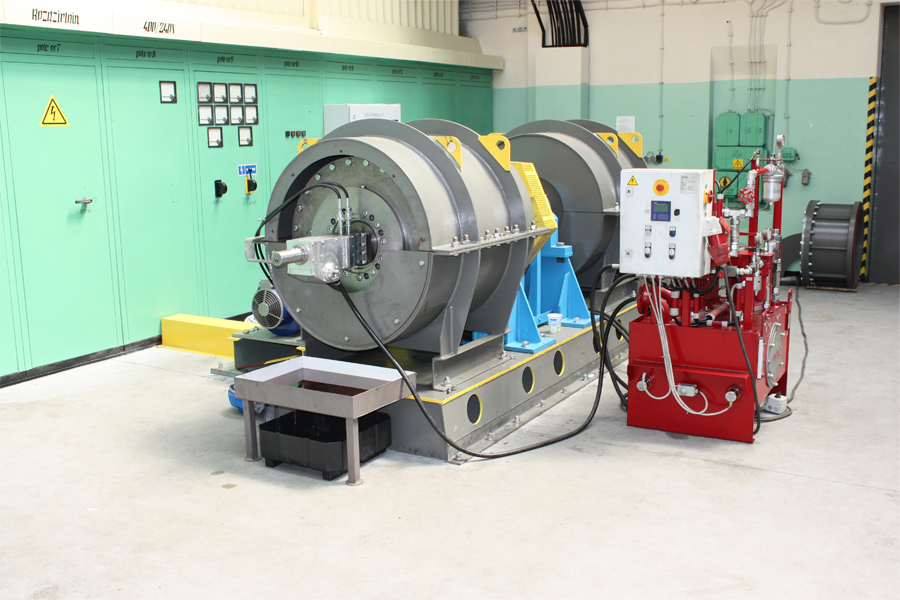 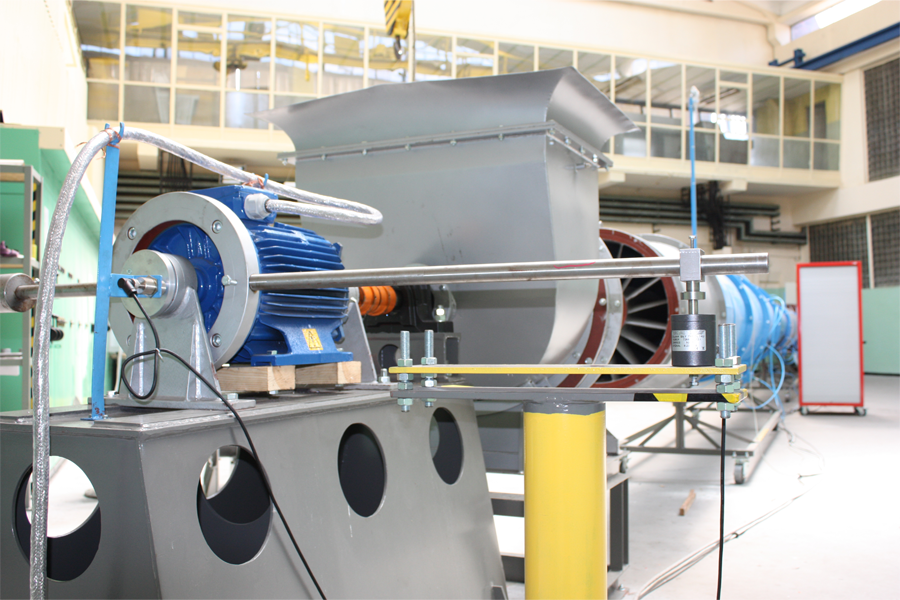